DRACULA and the Eco Warrior

based on the novel by Bram Stoker
in englischer Sprache

ACT TWO
The central character of the rest of the play is Mina, Jonathan’s wife. She is a doctor and alternative medicine therapist. She is best friend of Lucy Renfield. She is seen as the guiding light of Ecotown, its conscience and inspiration. Her idealism goes beyond the practical into the spiritual and she and many others in Ecotown worship the planet in the form of a faith in the old the pagan Earth Mother goddess, Gaia. The Act opens with daily life in Ecotown: a scientist explains the new mini solar panels to Mina, a gardener barters recyclable waste for organic vegetables. But the picture is not all positive, Mina meets a second scientist who is testing water pollution, it is good news as many species have returned to the clean waters around Ecotown but the water levels are rising, storms are predicted, high tides probable. Local effort alone cannot stop climate change. That is why Ecotown is important as model that can be copied on a global scale. Mina and Lucy both believe this, but have different ideas how to achieve this. But Mina’s optimism is compromised by her worries over Jonathan. She has heard nothing from her husband since he flew to the USA except a few broken up cell phone conversations. She knows from Lucy that Jonathan met Dracula but no more than that. Dracula communicates with Lucy, says he will arrive soon in Ecotown to take up residence and to bring investment but answers none of her questions about Harker. Lucy suspects Jonathan has made a private deal with Dracula and will appear together with what may be his new boss. Mina refuses to believe this. The old friends argue. Lucy does not want to frighten off this vital investor by pushing him for an answer about Harker. The weather is getting worse. A storm rising. Out at sea an oil tanker is in trouble. Mina watches from the shore. The ship’s Captain is not responding. A rescue helicopter lands, taking on a fireman to go out to the ship. Mina persuades the crew to allow her to fly with them out to the ship as she is a Doctor and there must be injured aboard. They winch to the ship’s deck only to find most of the crew missing. The fireman goes searching sailors and then is murdered. Mina finds the Captain strapped to the wheel, also dead. Taking radio messages she navigates the tanker into the port but just as she is about to do so safely Dracula appears unseen behind her and knocks her out. The tanker crashes into the harbour pouring polluting oil into the clean sea. Two black seals swim out into the oil, and barking or howling like dogs then wolves escape onto land. Is it Dracula and Harker? Mina is in hospital, being visited by Lucy. Lucy explains that the oil disaster is also an opportunity to show how Ecotown can cope with ecological disaster. Mina is unsure and still worried by Jonathan’s disappearance. Lucy leaves Mina and meets with Dracula who has taken up residence in the large old house. They work on the deal, he tempts her with his money and power, she with her vision and idealism. They realise they have much in common. Each is fascinated by the other, each wants to achieve something big. They seal their deal with a kiss. The ”dog” who brushes against Lucy in the dark and hovers under Dracula’s table is really Harker – now the Vampire’s servant. Lucy talks to Mina by phone in hospital and is guilty, worried that she has compromised her principles with Dracula but feels she has to do anything to save Ecotown and what it means for the globe. That night there are two parallel stalkings: Harker breaks into the hospital and Dracula breaks into Lucy’s house. Mina is overjoyed to see her husband but realises he is mad, almost an animal. Distracted by eating flies she manages to fetch a syringe and tranquilise him. Meanwhile Dracula, invited in by Lucy bites her neck and seals her fate. Mina calls Lucy and Lucy races to the hospital, keeping secret Dracula’s visit. Mina discharges herself from hospital. She insists that Lucy take her to Dracula to discover what has happened to Jonathan in Pennsylvania. Lucy arrives on a fast motorbike. This shocks Mina but she accepts the ride if it gets her to Dracula. Lucy terrifies Mina and almost kills them both by driving fast to the Town Hall where she says Dracula is speaking to the people of Ecotown. To Mina’s horror she sees that Dracula is sitting in the shadows whilst it is Jonathan Harker who is speaking to the crowd of citizens. Harker is giving a speech denying that climate change exists or is caused by humans. He is asking the public to rebel against the “green dictatorship” and get back a booming economy, get their jobs back, get their cars back, end dependence on foreign oil. Dracula can do this. There is oil beneath Ecotown in the shale. Fracking can save the town and make them all rich! The crowd respond with enthusiasm, chanting Dracula’s name. Mina is amazed and frightened. She tries to stop Harker but Dracula challenges her and throws her aside. Harker and Dracula jump on the motorbike and speed away.

ACT THREE.
The second half starts with comedy/satire: A YouTube clip – a man enters a fast food restaurant and asks for a vegetarian meal, he is sold the most unhealthy burger imaginable, when he complains the counter attendant leaps over the table and bites his throat until the customer collapses from blood loss. This is after all Murder King (or Suck Donulds). Lucy and Mina laugh at the clip which has been projected from Lucy’s Tablet. Mina asks Lucy why she will not go to the police, she hesitates and Mina becomes suspicious. When Mina kisses Lucy good bye she tastes oil on her breath. Now she knows Lucy is in league with Dracula. Mina goes online and through use of search engines and VPNs and Wikipedia traces the Vampire expert and hunter Professor Van Helsing. They agree to meet in the “Second World” virtual reality space. Dracula and Harker disperse anti-fracking protesters with verbal and physical violence. The fracking will begin. Mina meets Van Helsing in Second Life. Their avatars talk and Mina learns how she might with luck defeat Dracula. If she rejects violence there is only one weapon left – strong sunlight. Helsing vanishes, worried that Dracula is pursuing him in Virtual Reality too. A Vampire avatar appears and Mina quickly logs out. Now she has a plan. Dracula and Lucy are riding the motorbike, their vision seems the same – Ecotown as Big Business. But Dracula speeds up the bike until they crash into a sink hole caused by fracking, he gently dismounts but Lucy is flung over the handle bars and killed. He sucks the corpse dry then leaves. He has all he wants from Lucy now he needs more, he needs Mina. He must corrupt the idealist Mina, the soul of Ecotown. Lucy’s funeral. It rains endlessly. A storm out at sea. Is the Climate at tipping point? The sky is so dark, black clouds, it might almost be night. Mina slips in the mud and is washed out to sea. Dracula saves her form the flood and takes her to dry land. There beneath the sacred tree they talk. She has a sharpened holly stakes, she threatens to attack him. He laughs at her, saying stakes do not work. He guesses she has spoken to Van Helsing and claims that Helsing is his invention, Second Word is owned by him and he was playing a game with Mina. Does she believe him? Maybe for she sinks in despair, he starts to tempt her. He talks of their shared idealism their shared knowledge that humanity is the cause of the environmental destruction of the planet and that in her heart she knows there are too many humans and until there are less the plane t is in danger. Humans are the virus that will destroy the world. Mina cannot deny what he says. They argue but their argument is a type of flirtation. He cuts open his neck and she drinks his black blood. They lie together under the sacred tree. Dracula is triumphant but he is also obsessed with Mina and his obsession is his weakness. The sun is due to rise, he must retreat his cellar but Mina’s charms tempt him to stay too long. Her surrender was only pretence and she throws back the cloak that was over them and lets the sun fall on his body. With a scream Dracula shrivels to nothing, just a pile of ash. Mina takes the ash to pour into the sea, to recycle the Vampire and Harker is there, restored to sanity by the death of his Master. All seems well, but as they embrace, reconciled and healed Mina lightly kisses Harker’s neck. Are those teeth growing? Is the Vampire of ecological destruction still among us and the true horror story only now about to begin? 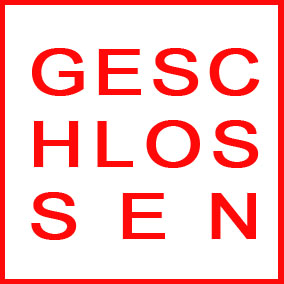